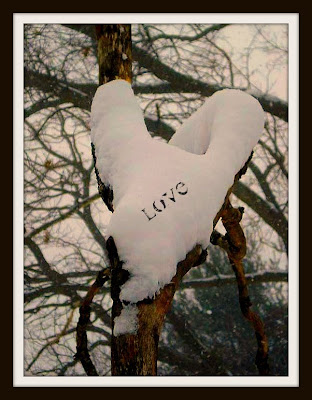 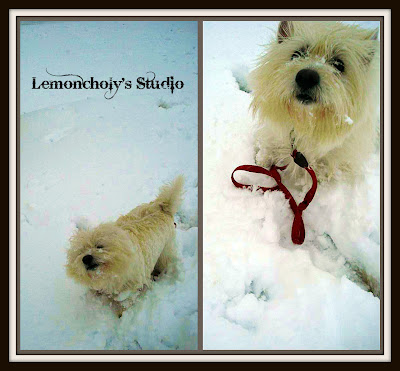 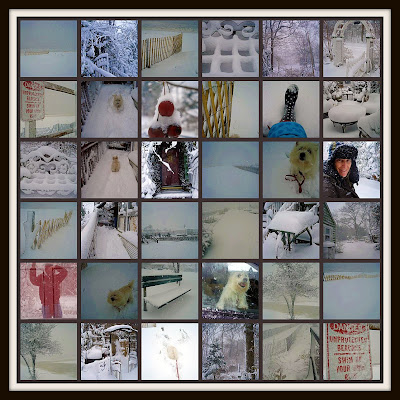 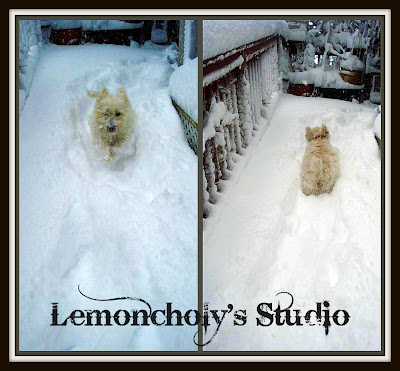 (this is a funny picture of pepper who came outside to use the bathroom and then immediately turned around and ran back into the house!)

well, we are right in the middle of another snow storm. i took a bunch of pictures outside during a slight let up and then i ran down to the beach (with Gracie) to take some photos down there. i've always wanted to see the beach during a snow storm and it was really beautiful. so quiet; hardly a soul there besides grace and i.

after leaving the beach, i took a side street that runs along lake como; a pretty area that i often take photos at. so i made a pit stop to grab a photo opp of a tree and bench next to the lake. i left grace in the car and told her i'd be right back. well, grace freaked out and some how managed to lock the car door! inside the car were my purse, cell phone and extra set of keys! yikes! i walked a few houses down and found someone home (the beach is deserted in the winter!) told them what happened, etc. called jeff, called AAA and then the police. the police arrived first with a sour policeman chastising me for "not picking a better day" (yeah, right buddy) and then was complaining how gracie was in the way to him seeing the lock. so i went to the other side of the car in hopes of getting her to go to that window instead and when she flew over, she managed to roll down the window a bit! yahoo. i quickly stuck my hand through the little gap she made (thank god for skinny arms and long fingers) and then managed to reach and unlock the door. pwhew! what an adventure. i have to say the couple who let me in to use the phone, was so nice and i am really grateful that they were so helpful.

anyway, here's the picture i just had to stop for (that caused all the grief!) 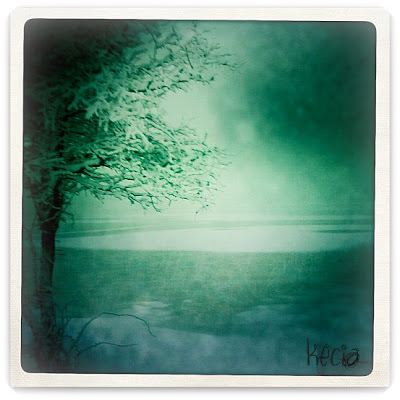 Posted by kecia deveney at 7:21 PM