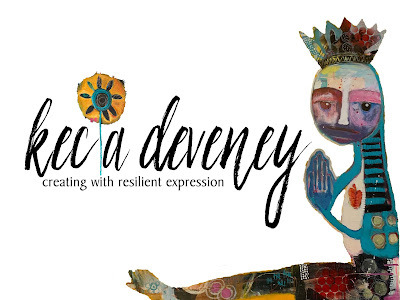 I now have a new website! You will find my art, online classes, and blog over at keciadeveney.com. You can create an account for free and sign up for my newsletter as well. See you there!
Posted by kecia deveney at 12:07 PM 55 comments

Art interview with Sketchbook Skool for their newest ecourse with me along with 3 other artists, called Mixed Media Journaling. Hey and thank you for being here! Due to some technical difficulties on my part (operator error), my old site suffered a slight downfall. But I am happy to say that currently in the works is a new website. So please stay tuned!

in the meantime you can find me: 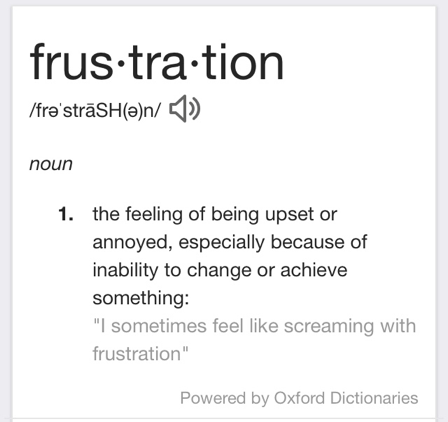 I travel a lot and i know it’s all about being PATIENT. You have to allow enough time for everything and you have to be PATIENT. You have to expect delays, crying children, rude people and tired people. It’s all part of the process.
So recently i flew to Albuquerque on Southwest. The minute i got to the airport, there was problem after problem. Again, i understand and knew to be patient and try and go with the flow.
Trying to check in, there, of course, was only one agent - so that took forever. Then a SW worker called me for my turn but to use the kiosk thingy, which was NOT WORKING. Meanwhile others behind me in line were finishing up and going there way while i stood there waiting for someone to fix the machine. That’s when my body temp went up a few degrees. Finally i announced loudly that i would be next with the agent and dragged my crap back to the line. 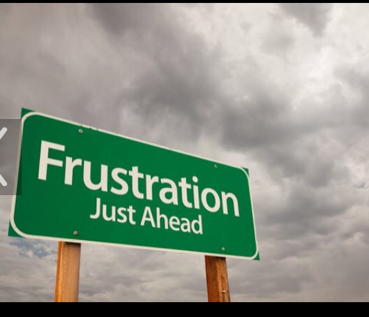 Finally got my boarding pass, which was on my phone- but i needed my luggage checked. Great. Head down to security (everyone’s favorite !) but i have TSA pre approval, which makes it so much easier. Go get in the TSA line,  security hasn’t even opened yet as it’s early. So we are waiting in line and the lines are getting long. Finally an agent saunters over and tells us, “ no TSA pre check today, go get in the main line”. Wtf? Okay, well you’ve been sitting there watching us line up and now we have to go to the end of the main HUGE line snaking around the corner? There goes my patience out the window. If there’s no precheck- then post an agent at the line to direct people immediately. How hard is that? 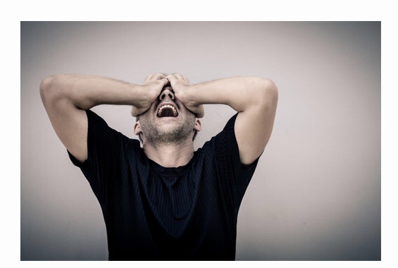 This kind of public frustration is even more annoying because there is no control. You just have to do as they say and keep  your mouth shut. The TSA employees at Newark anyway must be told in their job descriptions “don’t smile”, “don’t be helpful” “act like you could give a shit about people”, etc. So we merge into the long line and no one is happy about it.
Finally get up to hand my boarding pass with license to check point Charlie and they open the precheck lane and all these people just breeze on by!!!! OMG. Really? I’ve been standing in that line for an hour. Seething at this point. Where’s their communication?
Get thru and head down to the gates only to find out that agent didn’t write the gate on my boarding pass and none of the gates have their info yet. I have no idea which is mine. Go back a little ways and find an agent and ask, “how do i know what gate to go to?” Quite possibly the least helpful employee of the year was this man. Sitting on his ass, he says,” go down there and ask an agent. “. Really? You think i didn’t think of that? There is not one agent down there at the gates. Nada BECAUSE I LOOKED ALREADY. (That was me yelling at that at him). #%€{¥!!!
That’s when i tweeted TSA to tell them what i thought of their employees. Finally after milling around the gate area for about 30 minutes, they illuminated their signs with info. And nothing is open. Can’t get coffee or food.
Boarding finally begins and the guy in front of me was probably related to a sloth. I just want to get on the plane and sit down. He’s just putzing around, on his phone, clueless. Finally like a car at the traffic light, i had to honk at him to move it along.
He gets to the end on that breeway to the plane and then holds us up by finishing his coffee. (Wasn’t he lucky to get one?) and he’s draining every last drop, so i finally said screw it, and went around him. This is when i first encountered the flight attendant that would really test my patience for the rest of the day. She asked me what boarding number they were at and i said, 1&2  me being two and sat down. Then sloth man finally shows up and she wants to know his number and he says 1. Oh! Well here we go- she comes over and wants to know why i cut in front of him. Seriously? And is this really important? With gritted teeth, i said, because he just spent 5 minutes draining his beverage, so i went around him. (Why am i explaining this?)
During beverage service she never brought me my coffee. Everyone else got their beverage. Finally almost an hour later she brought me a cold coffee saying she got sidetracked. She also yelled at me when i got up to go to the bathroom saying someone else was waiting. (You can’t wait in line for the bathroom anymore. You have to wait for the “no one is in the bathroom sign” to light up before you can come up).  Uh, I’m pretty sure everyone is waiting for a chance to go The bathroom. Whatever lady.
As we neared Chicago, fog prevented us from landing and we were diverted to Lexington, where we sat on the tarmac for an hour an a half!!!!! We weren’t allow to stand up, go to the bathroom, nothing.  “All against regulations because we are on the tarmac”. Cramping leg, Hot as hell, kid behind me kicking my seat  and i have to really pee again. Not to mention the woman next to me was a total space hog  and was all in my space. I’m claustrophobic and really felt like i would lose my shit. 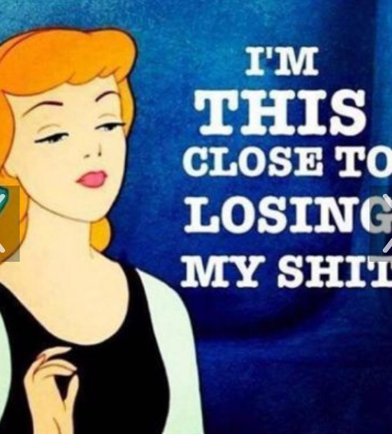 I had been posting on fb and the interaction was a nice diversion. Then someone messaged me on fb. A person I’m friends with but don’t know from adam. It was a woman from Buenes Aires  and she was speaking Spanish to me. (I don’t speak Spanish). So i had no clue what she wanted or was saying. She kept messaging me so i decided to go to my translator app and figure out what she was saying. Well i ended up chatting with her for about 45 minutes. She’d typed something and then I’d copy/paste it into translator and then translate my answer back to her. It took awhile but was giving me something to do. She was complimenting my art a lot which was nice. In the end i thanked her and told her my situation and that it was a great way to spend that time. She answered back, “ yes i know! I wanted to give you something to do”. how fun was that? 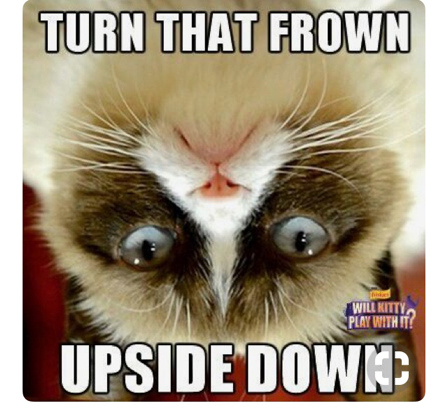 Finally landed in Chicago feeling exhausted but not quite as pissy. Now it was a matter of catching my connection  flight, which is a whole other story for another time.
Posted by kecia deveney at 10:18 AM 3 comments

I’m having a hard time tonight. A good friend died unexpectedly last week and it’s crushing my soul.  I’m making do this week. Day by day- still alive as someone died. These feelings Always takes me back to 2 things: what happened to tucker and the death of my best friend, Michele.

My friend, Maija, passed away last week. What an amazing woman she was. I’m sorry i never grabbed her, looked her in the eye and said- “sister, you are fucking amazing”. Heavily, tears fall from my eyes and they don’t seem to want to let up.
On instagram, i started following a sweet, special needs pup, name tucker. Tonight, i learned he has passed away. Heartbreaking because it’s reality of how fragile life is - something i fear every day for my child. I cried over every video:relating this sweet dog to my child. It’s a loss to the core. 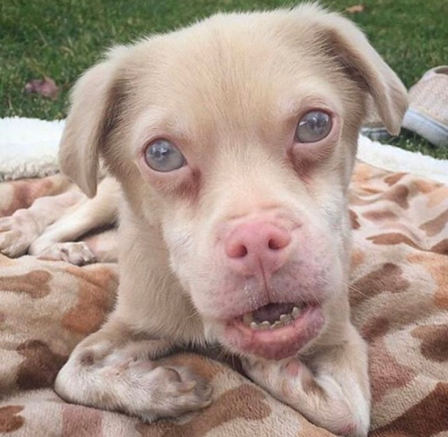 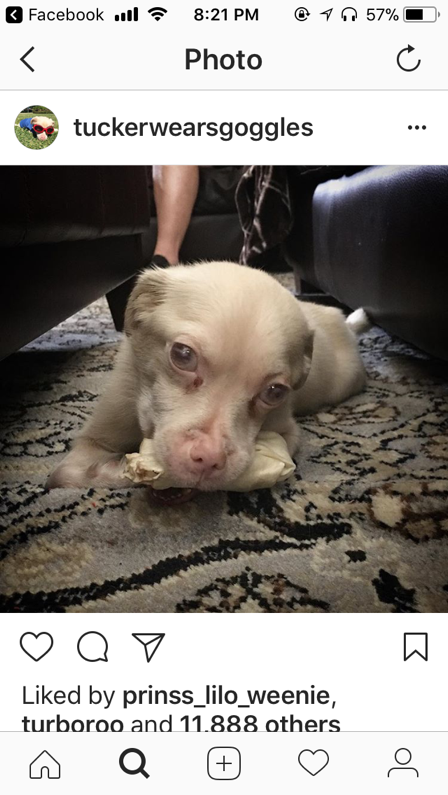